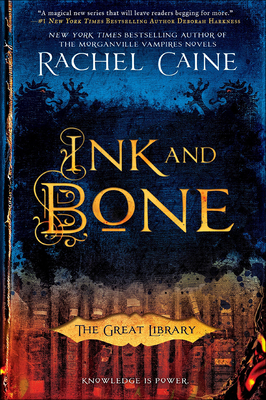 Usually Available/Ships Within 1 Week
(This book cannot be returned.)

This is book number 1 in the Great Library series.

In an exhilarating new series, "New York Times" bestselling author Rachel Caine rewrites history, creating a dangerous world where the Great Library of Alexandria has survived the test of time.
Ruthless and supremely powerful, the Great Library is now a presence in every major city, governing the flow of knowledge to the masses. Alchemy allows the Library to deliver the content of the greatest works of history instantly but the personal ownership of books is expressly forbidden.
Jess Brightwell believes in the value of the Library, but the majority of his knowledge comes from illegal books obtained by his family. Jess has been sent to be his family's spy, but his loyalties are tested in the final months of his training to enter the Library's service.
When his friend inadvertently commits heresy by creating a device that could change the world, Jess discovers that those who control the Great Library believe knowledge is more valuable than any human life and soon both heretics and books will burn.

Rachel Caine is the "New York Times," "USA Today," and international bestselling author of more than forty novels, including "Prince of Shadows," the Weather Warden series, the Outcast Season series, the Revivalist series, and the Morganville Vampires series.