One, None and a Hundred Thousand (Paperback) 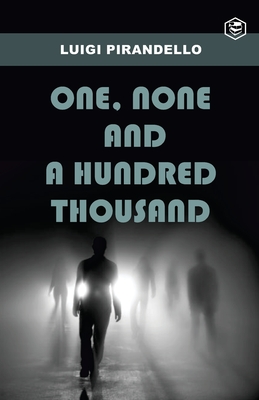 One, None and a Hundred Thousand (Paperback)


Usually Available/Ships Within 1 Week
(This book cannot be returned.)
Nobel prize-winning Luigi Pirandello's classic novel on the nature of identity brims with sly humor, compelling drama, and skillfully depicted, oddly modern characters-all capped with timeless insight into the fragile human psyche. Luigi Pirandello's extraordinary final novel begins when Vitangelo Moscarda's wife remarks that Vitangelo's nose tilts to the right. This commonplace interaction spurs the novel's unemployed, wealthy narrator to examine himself, the way he perceives others, and the ways that others perceive him. At first he only notices small differences in how he sees himself and how others do; but his self-examination quickly becomes relentless, dizzying, leading to often darkly comic results as Vitangelo decides that he must demolish that version of himself that others see.