Remedy for a Broken Angel (Paperback) 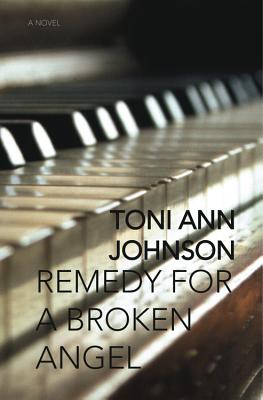 Remedy for a Broken Angel (Paperback)


Email or call for price
Serena is a Bermudan jazz singer whose mental health problems lead her to abandon her daughter "Artie." Artie's anger and curiosity eventually drive her to seek out Serena's younger lover, Jamie L'Heureux, a jazz superstar. The spirit of Charles Mingus thrums throughout the story as these two women tangle in the complicated mess that is a mother-daughter relationship.
Toni Ann Johnson won the Humanitas Prize and the Christopher Award for her teleplay "Ruby Bridges," an ABC movie and true story of the young girl who integrated the New Orleans Public School system. Johnson won a second Humanitas Prize for the Showtime teleplay "Crown Heights," about the 1991 Crown Heights Riots. Johnson has written a number of dance related projects, most notably the pilot for "Save The Last Dance," and the feature "Step Up 2: The Streets." Her stage play "Gramercy Park is Closed to the Public" was produced in Los Angeles by The Fountainhead Theatre Company and in New York by The New York Stage and Film Company. Her essays have appeared in the "Los Angeles Times," and her short fiction has appeared in "The Elohi Gadugi Journal," "Sprout Magazine," and "The Emerson Review." Johnson holds an MFA in Creative Writing from Antioch University Los Angeles.