Because Our Fathers Lied: A Memoir of Truth and Family, from Vietnam to Today (Compact Disc) 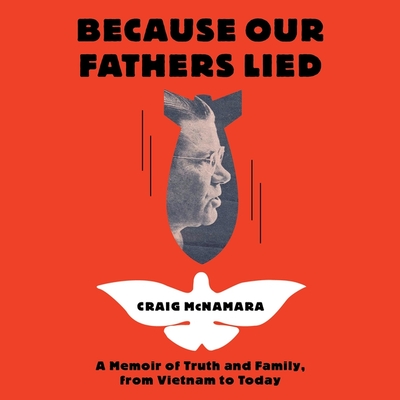 Because Our Fathers Lied: A Memoir of Truth and Family, from Vietnam to Today (Compact Disc)

An unforgettable father and son story that confronts the legacy of the Vietnam War across two generations.Craig McNamara came of age in the political tumult and upheaval of the late 60s. While Craig McNamara would grow up to take part in anti-war demonstrations, his father, Robert McNamara, served as John F. Kennedy's Secretary of Defense and the architect of the Vietnam War. This searching and revealing memoir offers an intimate picture of one father and son at pivotal periods in American history. Because Our Fathers Lied is more than a family story--it is a story about America. Before Robert McNamara joined Kennedy's cabinet, he was an executive who helped turn around Ford Motor Company. Known for his tremendous competence and professionalism, McNamara came to symbolize the best and the brightest. Craig, his youngest child and only son, struggled in his father's shadow. When he ultimately fails his draft board physical, Craig decides to travel by motorcycle across Central and South America, learning more about the art of agriculture and making what he defines as an honest living. By the book's conclusion, Craig McNamara is farming walnuts in Northern California and coming to terms with his father's legacy. Because Our Fathers Lied tells the story of the war from the perspective of a single, unforgettable American family.