The Salvation of La Purisima (Paperback) 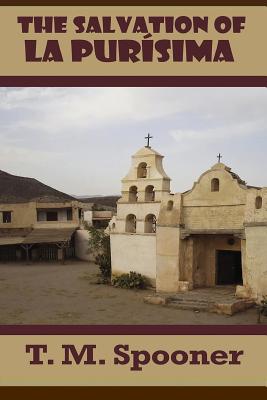 The Salvation of La Purisima (Paperback)


Usually Available/Ships Within 1 Week
(This book cannot be returned.)
This is a publication of Floricanto Press.
In this debut novel T. M. Spooner convincingly portrays the often perilous journey north for Mexican migrants. The novel is narrated by anthropology student Paul Westin who is drawn to Mexico by one of the men he befriends while researching his doctoral dissertation. As Westin becomes more involved with the migrants and learns of a tragedy among them, he struggles to maintain professional objectivity. In Mexico he encounters La Pur sima, the fractured village and symbol of rural Mexico, desperately struggling with the death of one of its own young men. The strange and unexpected reactions of the villagers force Westin and a local priest, Father Gabriel, to search for a solution to save La Pur sima.
Spooner tells the story with keen insight and knowledge of the contrasts between the U.S. and Mexico. The novel, both exciting and authentic, shines light on Mexican migrants who are so often seen as a faceless mass. The novel reveals that the journey north is not only an economic necessity, but has evolved into a rite of passage for so many of Mexico's rural youth. Many migrants come reluctantly and the result can be tragic. The Salvation of La Pur sima is compellingly told and written - with tender regard for its characters. We will see much more from this insightful and gifted writer.
The Salvation of La Pur sima is a profound and heartrending look at a disenfranchised and poverty-ridden society that, driven by necessity of its own survival, culturally pressures its members to make a perilous migration and earn money whether they want to go or not. Highly Recommended. Midwest Book Review
Spooner has a keen eye and ear for Mexico, without glamorizing or admonishing the country or its people. His many years of Mexico travel to the less touristy destinations produce a work of unvarnished authenticity. David Simmonds (MexicoFile)
T. M. Spooner is a graduate of Northern Illinois University and attended graduate school at DePaul University in Chicago. Before entering the university to study economics he served three years in the U. S. Army. Mr. Spooner is a frequent traveler to Mexico where he has traveled extensively. The Salvation of La Pur sima is his first novel. Photo of the author taken in Paris, Summer, 2015.