The Prince of the Skies (CD-Audio) 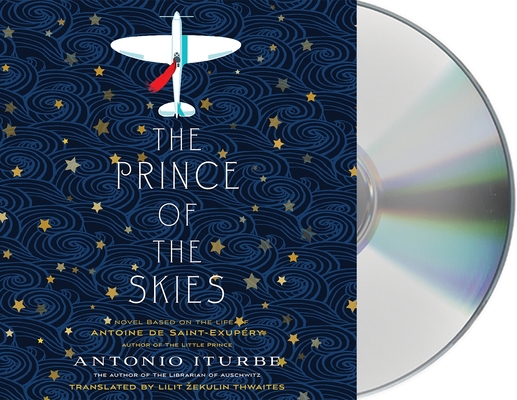 The Prince of the Skies (CD-Audio)

A gripping narrative of friendship and exploration, and an homage to Antoine de Saint-Exupéry, an unforgettable writer who touched the lives of millions of readers and listeners, and who was able to see the world through the eyes of a child.

In the 1920s, long before he wrote The Little Prince, Antoine de Saint-Exupéry was an accomplished pilot. Along with Jean Mermoz and Henri Guillaumet, he was chosen to pioneer new mail routes across the globe. No distance was too far and no mountain too high—each letter had to reach its destination. The three friends soared through the air, while back on solid ground, they dealt with a world torn apart by wars and political factions.

Lilit Žekulin Thwaites is an award-winning Melbourne-based literary translator (Spanish>English), and an honorary research fellow in contemporary Spanish literature at La Trobe University. Her book-length translations include the bestselling The Librarian of Auschwitz (Antonio Iturbe, 2017), Australian Connection (multiple authors, 2019), and two futuristic novels by Rosa Montero, Tears in Rain (2012), and Weight of the Heart. (2016). Her translations of short stories, essays and the occasional poem have been published in journals and anthologies. She presents sessions at writers’ festivals, gives talks on Spain-related and translation topics, and organises visits to Australia by Spanish-speaking writers. In 2016, she was awarded Spain’s Order of Civil Merit for her promotion of Spanish culture in Australia.