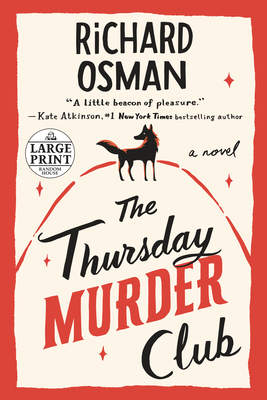 This is book number 1 in the A Thursday Murder Club Mystery series.

“Don’t trust anyone, including the four septuagenarian sleuths in Osman’s own laugh-out-loud whodunit.” —Parade

Four septuagenarians with a few tricks up their sleeves
A female cop with her first big case
A brutal murder
Welcome to...
THE THURSDAY MURDER CLUB

In a peaceful retirement village, four unlikely friends meet weekly in the Jigsaw Room to discuss unsolved crimes; together they call themselves the Thursday Murder Club.

When a local developer is found dead with a mysterious photograph left next to the body, the Thursday Murder Club suddenly find themselves in the middle of their first live case.

As the bodies begin to pile up, can our unorthodox but brilliant gang catch the killer, before it's too late?
RICHARD OSMAN has worked as an executive producer on numerous UK shows. Richard's popularity and tremendous knowledge of trivia led to him presenting his own BBC quiz show and several others, as well as being the host of Pointless with 7 million views. He is also a regular on panel shows and writes a column for the Radio Times. He has more than 830k followers across social media.