The (Other) You: Stories (Hardcover) 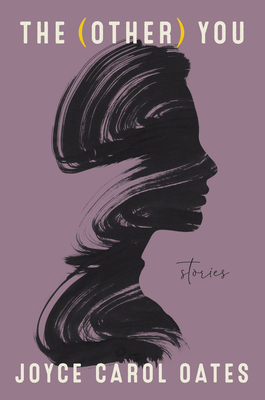 The (Other) You: Stories (Hardcover)

A powerful reckoning over the people we might have been if we’d chosen a different path, from a master of the short story

In this stirring, reflective collection of short stories, Joyce Carol Oates ponders alternate destinies: the other lives we might have led if we’d made different choices. An accomplished writer returns to her childhood home of Yewville, but the homecoming stirs troubled thoughts about the person she might have been if she’d never left. A man in prison contemplates the gravity of his irreversible act. A student’s affair with a professor results in a pregnancy that alters the course of her life forever. Even the experience of reading is investigated as one that can create a profound transformation: “You could enter another time, the time of the book.”

The (Other) You is an arresting and incisive vision into these alternative realities, a collection that ponders the constraints we all face given the circumstances of our birth and our temperaments, and that examines the competing pressures and expectations on women in particular. Finely attuned to the nuances of our social and psychic selves, Joyce Carol Oates demonstrates here why she remains one of our most celebrated and relevant literary figures.

Joyce Carol Oates is a recipient of the National Medal of Humanities, the National Book Critics Circle Ivan Sandrof Lifetime Achievement Award, the National Book Award, and the 2019 Jerusalem Prize, and has been several times nominated for the Pulitzer Prize. She has written some of the most enduring fiction of our time, including the national bestsellers We Were the Mulvaneys; Blonde, which was nominated for the National Book Award; and the New York Times bestseller The Falls, which won the 2005 Prix Femina. She is the Roger S. Berlind Distinguished Professor of the Humanities at Princeton University and has been a member of the American Academy of Arts and Letters since 1978.

"...A series of well-written stories about the what-if wonders of a life that’s been, well, lived...Oates is a master of tension and form, her writing dashing across the page to an often devastating conclusion. Her singular style works well here, fueling the stories even as you oftentimes dread them."  — USA Today

"Oates delivers a dark, moody collection permeated by themes of obsession, remorse, and violence. . . . Oates's mastery of the form remains fierce and formidable in this unsettling collection of lamentations and missed opportunities."
— Publishers Weekly (starred review)

“Crackling with pent-up emotion and deadly devices, a suite of neatly intertwining stories by a masterful storyteller. . . . Few short story writers do as much in so few words as the economical, enigmatic Oates.” — Kirkus Reviews (starred review)